On Excluded Minors for Even Cut Matroids 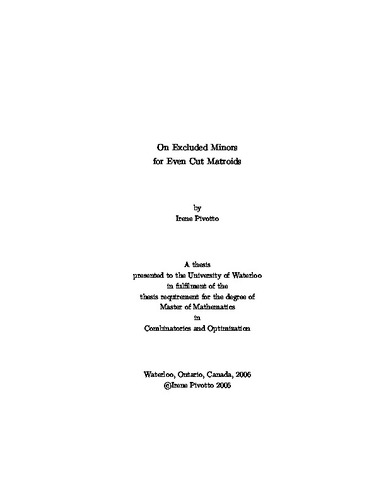