Rationalization and Regret among Smokers in Thailand and Malaysia 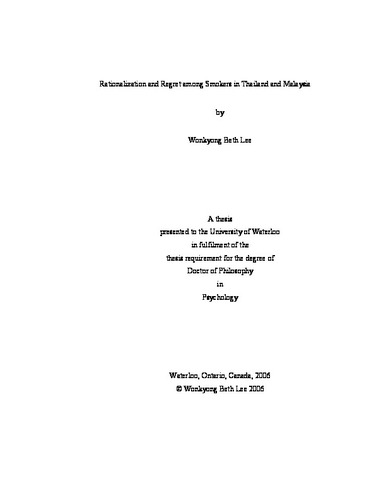