The Relationship between Retinal Vascular Reactivity and Arteriolar Diameter 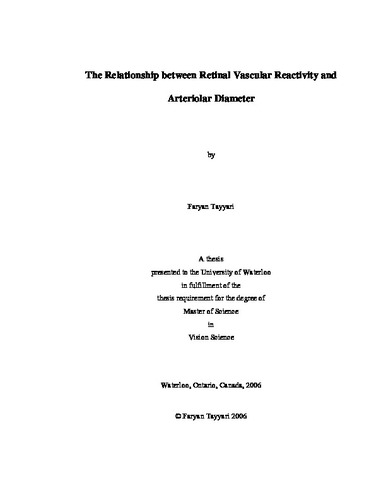