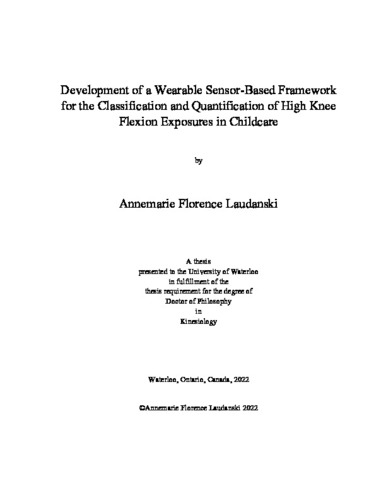 Annemarie F. Laudanski (2022). Development of a Wearable Sensor-Based Framework for the Classification and Quantification of High Knee Flexion Exposures in Childcare. UWSpace. http://hdl.handle.net/10012/18959