Using Polymers to Improve the Performance of Sulfur and Organic Cathodes 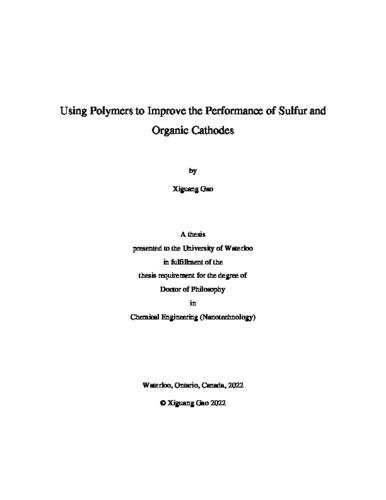