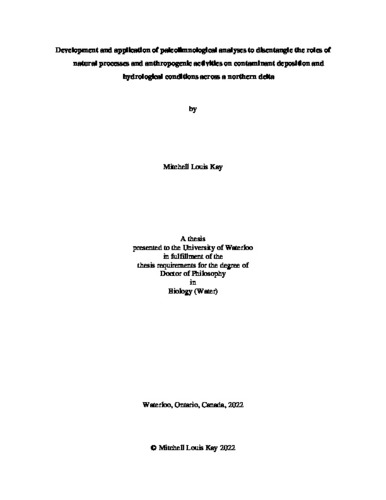 Mitchell Kay (2022). Development and application of paleolimnological analyses to disentangle the roles of natural processes and anthropogenic activities on contaminant deposition and hydrological conditions across a northern delta. UWSpace. http://hdl.handle.net/10012/18663