Controls of Fish Mercury Concentrations in Subarctic Lakes of Canada 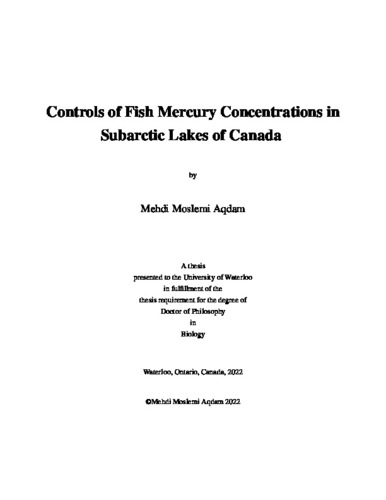