Examining the neural, behavioural, and social responses associated with affective self-referential processing in adults and children. 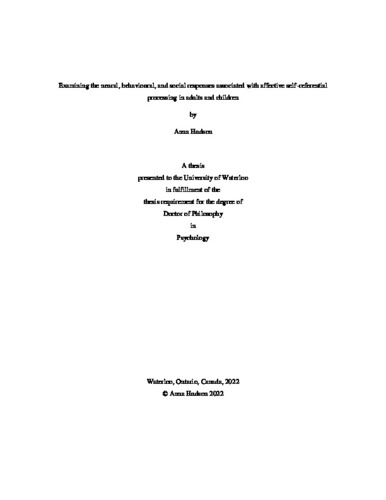