The Association between Religious Participation and Social Isolation in Canadian Middle-and Older-aged Adults: A Longitudinal Analysis of the Canadian Longitudinal Study on Aging 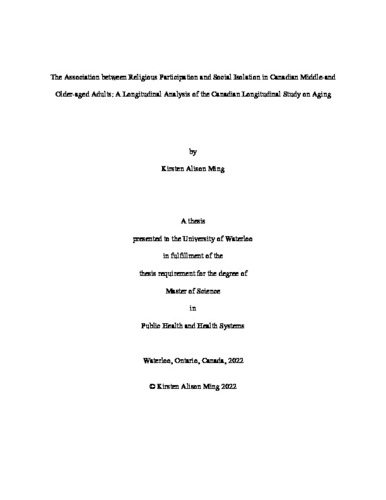