Exploring the role of emotions on health decisions: Case studies in cancer screening, vaccination, and nutrition 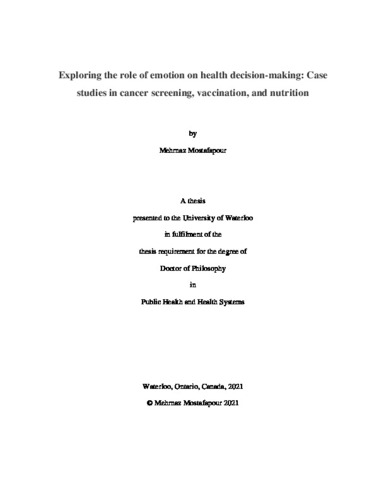