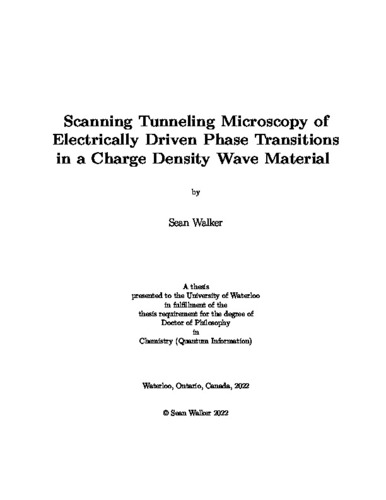 The 1T polytype of the van der Waals material TaS2, has been studied extensively as a strongly correlated system. Exhibiting several different charge density wave (CDW) states, the phase diagram of 1T-TaS2 has been explored for close to fifty years, as the forces driving the formation of the charge modulation and determining the characteristics of each of the phases, have been elucidated. In recent years, interest in this system has concerned expanding the phase diagram, with the bulk equilibrium states being further probed and manipulated. While much of the research has focused on the low-temperature phase, where 1T-TaS2 has emerged as a test bed for Mott physics, as the material is thinned towards the 2D limit, its phase diagram shows significant deviations from that of the bulk system, even in the higher temperature range. Optoelectronic maps of ultrathin (< 10 nm thick) 1T-TaS2 have indicated the presence of non-equilibrium CDW phases within the hysteresis region of the nearly commensurate (NC) to commensurate (C) transition. The work in this thesis investigates the nature of these non-equilibrium phases, and in doing so, further elucidates the phase diagram of 1T-TaS2. We perform scanning tunneling microscopy (STM) on exfoliated ultrathin flakes of 1T-TaS2 within the NC-C hysteresis window. Imaging exfoliated flakes using STM poses certain difficulties. Specifically, STM is very sensitive to surface contamination and is ill-suited for locating a specific region of interest in a sample with micron scale dimensions. We address the challenges associated with performing STM on exfoliated materials, utilizing a simple device design that allows for the in situ measurement of both the electrical properties of an exfoliated flake and the topography of the flake. With such a device design, it is possible to correlate changes in electronic structure with changes in the bulk properties of the material. When imaging ultrathin 1T-TaS2 within the NC-C transition region, we find that rather than possessing distinct electronic order, the topography of the flake indicates the presence of intertwined, irregularly shaped NC-like and C-like domains. After applying lateral electrical signals to the sample, we image changes in the geometric arrangement of the different regions. The ability to measure the change in electronic structure with the application of a driving signal provides an invaluable perspective on the evolution of the CDW phases in the material at the nanoscale. Inhomogeneity similar to what we measure in ultrathin 1T-TaS2, has been seen in related strongly correlated systems, such as perovskite manganites and doped Mott insulators. Starting with a phase separation model to simulate the observed inhomogeneity, we incorporate ideas derived from percolation theory to explore the relationship between the electronic structure present in ultrathin 1T-TaS2 and its bulk resistivity. With this model, we are able to qualitatively reproduce many of the features observed when driving the inhomogeneous CDW state. These results highlight the importance of understanding the role of phase competition in determining the properties of strongly correlated systems.