The Petrogenesis of Pseudocarbonatites in Bancroft Region, Southwestern Grenville Province 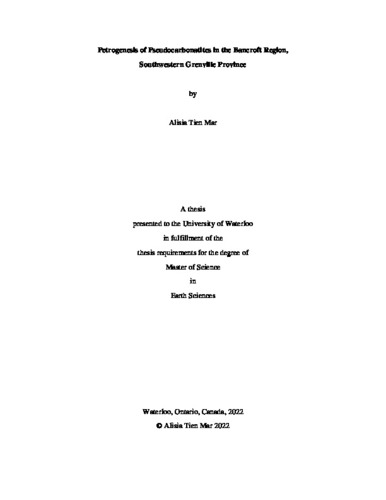