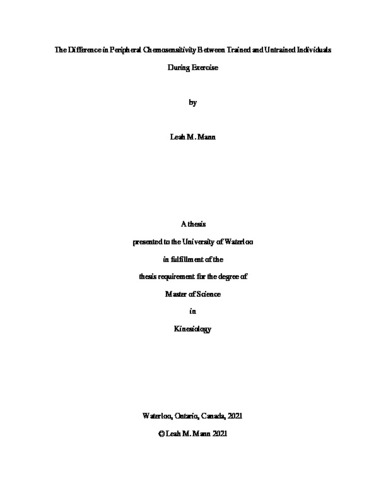 Leah Mann (2022). The Difference in Peripheral Chemosensitivity Between Trained and Untrained Individuals during Exercise. UWSpace. http://hdl.handle.net/10012/17854