Hedging in a Financial Market with Regime-Switching 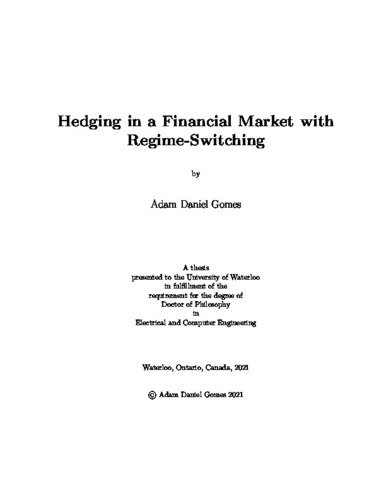