Nano-confined water within the membrane of self-assembled vesicles 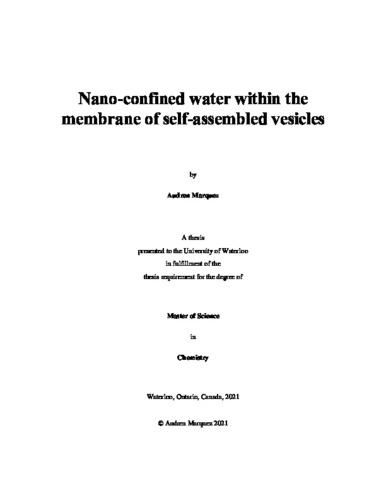