Blinded From the Truth? Perceptions of Racial Discrimination During COVID-19 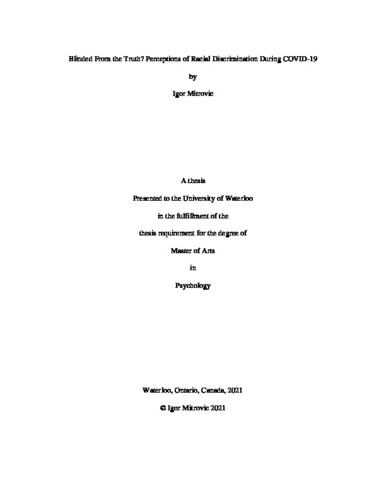