When my Anxiety Speaks to Me, What Does it Sound Like? 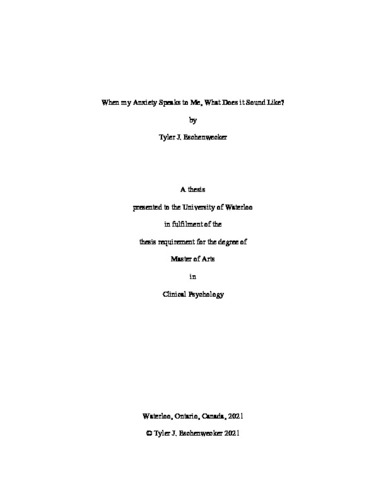