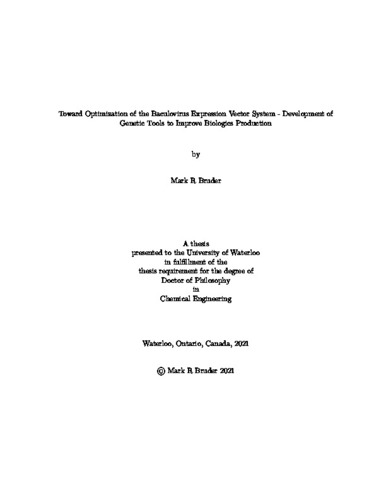 Small-molecule drugs have dominated the pharmaceutical industry and physician's prescription pads since the beginning of modern medicine. The most recent decades, however, are most aptly characterized as the era of biologics. Indeed, 7 of the top 10 revenue generating therapeutics in 2020 were biologics, and although they are yet to be counted among the most commonly prescribed drugs, the drum beat of new product approvals and demand for biologic therapeutics is intensifying. Despite the potential of biologics as therapeutics, one of the factors that currently hinder their use is exorbitant cost of production. In preceding years, important developments in the optimization of media, feeding strategies, and downstream processing have led to signifi cant improvement in the yield and decreased production cost of recombinant therapeutics. The most recent decade, however, has witnessed a revolution in the field akin to the systems biology approach toward rational design practiced for improving microbial production hosts; enabled by advancements in whole-genome sequencing, genome-scale models, and development of sophisticated genetic engineering tools, a new wave of engineered production hosts and platforms with improved or completely novel biochemical properties are being developed, leading to improved product yield and quality, and decreased production costs. The baculovirus expression vector system (BEVS) is an established platform for the manufacture of recombinant proteins, viral vaccines, and gene therapy vectors. Despite the fi rst recombinant protein being produced in the BEVS in the early 1980s, much of the intervening years has seen it utilized predominantly as a research tool in academic laboratories rather than as a commercial manufacturing platform. Consequently, relatively little attention has been devoted to its improvement as a production platform. Nevertheless, several BEVS-manufactured vaccines and therapeutics have recently been licensed for use in animals and humans, signifying that it may yet nd mainstream use as a commercial manufacturing platform. Although the BEVS boasts many features that make it attractive as a manufacturing platform, to realize its full potential, intrinsic limitations must be addressed: the lytic infection cycle and resulting short bioprocess duration can limit overall yield of recombinant proteins, and large amounts of progeny virus, cellular proteins, and debris from lysed cells are contaminants that necessitate extensive purifi cation steps to achieve product purity. Additionally, genome instability remains a major barrier to scalability due to rapid loss of foreign gene expression. Although periodic reports in the literature describe strategies aimed at reducing contaminant progeny virions or improving yield and/or quality of the recombinant protein product by targeted deletion or addition of endogenous and heterologous genes in the baculovirus genome, genomes available commercially remain virtually unmodifi ed. This thesis seeks to address these issues through the development of genetic tools aimed at optimization of the baculovirus genome. We initiated this work by developing a platform for efficient scrutiny of baculovirus genes through targeted gene disruption and transcriptional repression using CRISPR-Cas9 technology. Using cell lines that were developed for constitutive expression of the Cas9 or dCas9 proteins, sequence-specifi c disruption or downregulation of target genes was achieved with efficiencies of up to 99%. The key factors affecting efficiency were choice of promoter for sgRNA expression and spacer sequence selection for gene targeting. CRISPR-mediated gene disruption was more effective than transcriptional repression in all cases. As a result of these fi ndings, we confi rmed sequence-specifi c disruption of the AcMNPV GP64 and VP80 structural proteins for recombinant protein production with reduced baculovirus contamination. Targeting these genes resulted in greater than 94% reduction in budded virus release. Importantly, production of the model cytoplasmic protein GFP and a model virus-like particle based on the HIV-1 Gag protein was not signi ficantly affected by gene disruption, indicating that our approach could be more efficient than previously reported strategies. Next, a microplate-based assay was developed to allow for efficient scrutiny of several baculovirus genes in parallel. The assay involved transfection of Sf9 cells constitutively expressing the Cas9 protein with a plasmid encoding a sgRNA, followed by infection with a recombinant BEV. Expression of a gfp reporter gene and analysis of infectious virus titer in cell culture supernatants were used as analogs for late gene expression and progeny budded virus release, thus providing insight toward the effect of various gene disruptions on the virus infection cycle. The critical factors established in the development of the assay included viable cell density, choice of transfection reagent, the amount of plasmid DNA transfected, the ratio of transfection reagent:plasmid DNA, the time interval between transfection and infection, virus multiplicity of infection, and the time interval between infection and harvest/analysis. The assay was used to scrutinize the effect of disrupting 13 AcMNPV genes, and the results agreed with those previously reported in all cases. Importantly, results could be realized in less than 2 weeks, which represented an improvement in efficiency of up to several months. Finally, bioinformatics was used to select and evaluate baculovirus promoters with different expression characteristics than those routinely employed for foreign gene expression. We assesed the selected promoters by expressing model cytoplasmic and secreted proteins, and provided experimental evidence of the importance of promoter selection for foreign gene expression. We also examined sequence determinants that may be important for late gene transcription and translation initiation on a genome-wide scale.