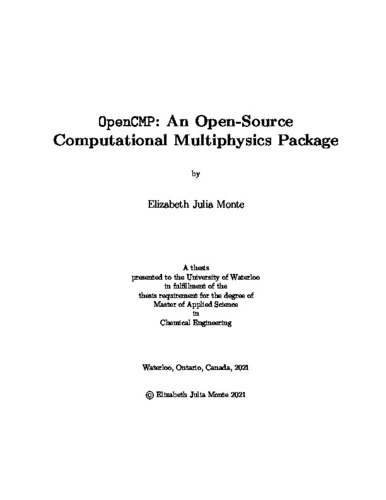 Computational multiphysics offers a safe, inexpensive, and rapid alternative to direct experimentation, but there remain barriers to its widespread use. One such barrier is the generation of conformal meshes of simulation domains, which is the primary approach to spatial discretization used in multiphysics simulations. Generation of these meshes is time intensive, non-deterministic, and often requires manual user intervention. For complex domain geometries, there is also a competition between domain-conforming mesh elements, element and mesh quality within the domain, and simulation stability. A second barrier is lack of easy access to computational multiphysics software based on the finite element method, which enables high-order spatial discretization at the cost of complexity of implementation. Most computational multiphysics software is based on the finite volume method, which involves inherently low-order spatial discretization. This requires relatively high densities of mesh elements for adequate numerical accuracy but is relatively simple to implement. However, higher mesh densities correspond to smaller element scales, resulting in stability issues for convection-dominated simulations. There do exist finite element method-based computational multiphysics software packages, however these software packages are either closed-source or require extensive user skills in a broad range of areas including continuum mechanics, applied math, and computational science. This thesis presents OpenCMP, a new open-source computational multiphysics package. OpenCMP implements the diffuse interface method, which allows even complex geometries to be meshed with nonconforming structured grids, improving simulation stability and sometimes speed. OpenCMP is built on the popular finite element library, NGSolve, and offers both a simple user interface for running standard models and the ability for experienced users to easily add new models. It has been validated on common benchmark problems and used to extend the diffuse interface method to simulations with moving domains.