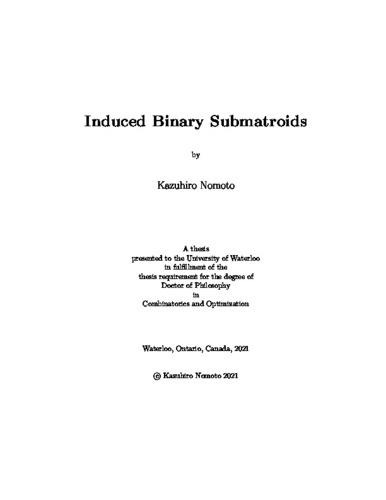 The notion of induced subgraphs is extensively studied in graph theory. An example is the famous Gy\'{a}rf\'{a}s-Sumner conjecture, which asserts that given a tree $T$ and a clique $K$, there exists a constant $c$ such that the graphs that omit both $T$ and $K$ as induced subgraphs have chromatic number at most $c$. This thesis aims to prove natural matroidal analogues of such graph-theoretic problems.