Examining how changes in school-level intramurals impact physical activity among Ontario youth over time: A natural experiment evaluation from the COMPASS study 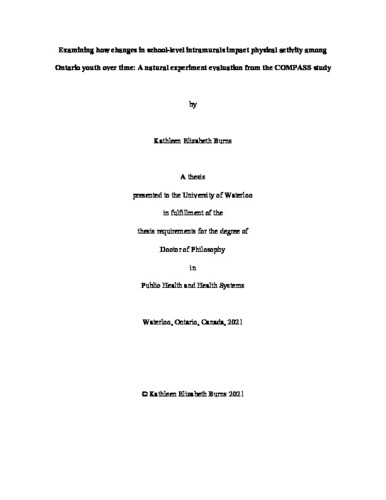