Social Interaction and the Built Environment: A case study of university students in Waterloo, Ontario 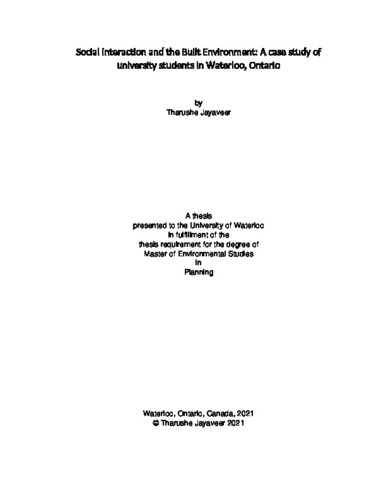