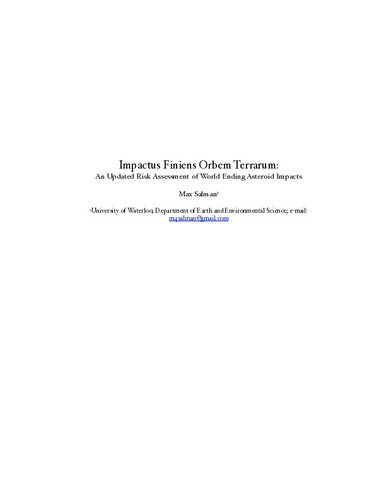 As technology develops, the rate of discovering and observing space tends to relatively increase. Our understanding of how the Universe works, and how the planets interact with one another make us weary of what is to come. Technological advancements have led to observational improvements especially in the realm of extraterrestrial bodies, whether they be planets, or asteroids. The importance of some observations are various, and relative to the amount of an effect the potential damage the related body can have on the population. Relationship of the stars, planets, and asteroidal bodies may be the leading concept of astrology, however it is in a sense an important factor when studying the paths of significant bodies, as these bodies move due to gravitational pull, and may either experience an increase in velocity, or decrease in velocity, either situation is relative to a certain degree. Sociologically, it is almost fair to state that imperatively, there will have to be some sort of preparation for an end-of-world scenario due to such an impact. The inevitability of such a thing to happen, and the damage that would ensue post-impact, leaves a question open to the reaction of the global population, since it would be no longer a question of whether or not it will affect a certain part of the world, but would induce instantaneous destruction, and post-impact strains on the environment, thus potentially leading to the inevitable end of, at least, human life. This work will discuss briefly the prior works of notable scientists and researchers, and critically analyze them. A followup will be presented to update the information from these prior works, and a detailed discussion on the new information gathered, with a description of technologies involved.