Evaluation of Potential Health Risks from Microplastics in Drinking Water 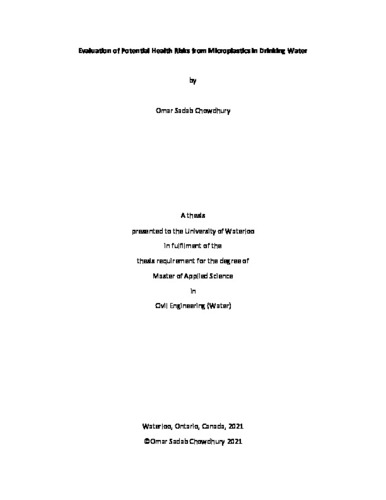