The Green Scare: Radical environmental activism and the invention of "eco-terrorism" in American superhero comics from 1970 to 1990 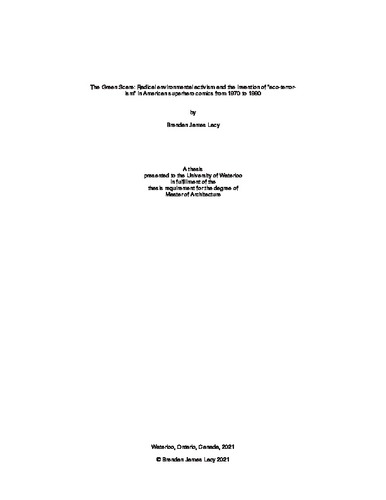 American environmentalism became a recognizable social movement in the 1960s. In the following two decades the movement evolved to represent a diverse set of philosophies and developed new protest methods. In the early 1990s law enforcement and government officials in America, with support from extraction industries, created an image of the radical environmental movement as dangerous “eco-terrorists.” The concept was deployed in an effort to de-value the environmental movement’s position at a time of heightened environmental consciousness. With the concept in place members of the movement became easier to detain and the public easier to deter through political repression. The concept of “eco-terrorism” enters popular media relatively quickly indicated by the proliferation of superhero comics in the early 1990s that present villainous environmental activists as “eco-terrorists.” This imagery contrasts comics from 1970 which depicted superheroes as working alongside activists for the betterment of the world. This thesis analyses superhero comics as sites of political and cultural messaging during periods of major influx in environmental consciousness. The representation of “eco-terrorism” in relation to superheroes is understood as an important part of the political repression campaigns aimed at radical environmentalism by the American government. These activists represented a disruption to the “standard view” of understanding relationships between humans and the environment, a change that would impact the profits of extraction industries, and the governments that depend on them.