Investigations into quantum light-matter interactions, their approximations and applications 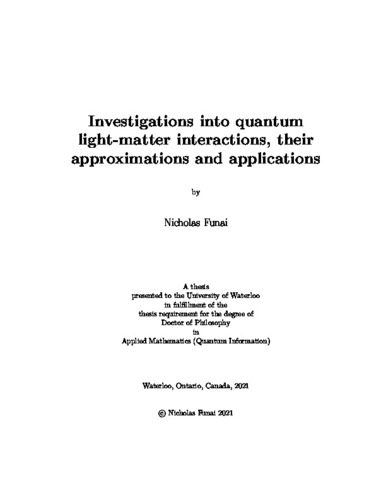