Subjective Health as a Predictor of Physical Function in Older Women 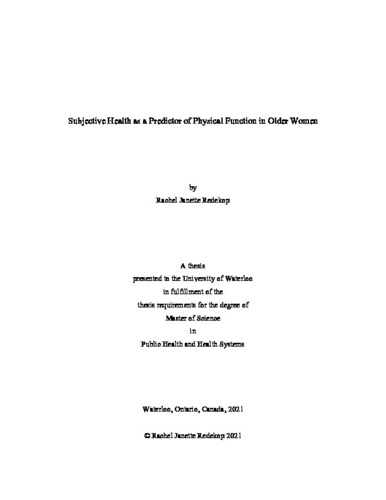