A Comparative Study on Agent Based Decision Making Models: A Proof of Concept Focused on Farmers’ Decisions Regarding Best Management Practices 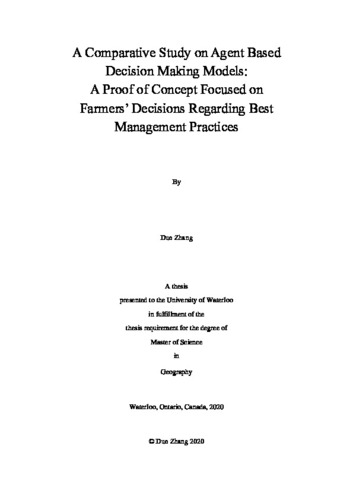