Economic Sanctions and Nuclear Non-proliferation: A Comparative Study of North Korea and Iran 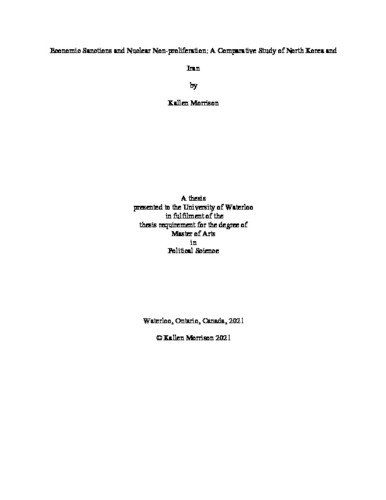