Broadening the Scope of Engaged Philosophy of Science: An Empirical Analysis of Context-Dependent Barriers 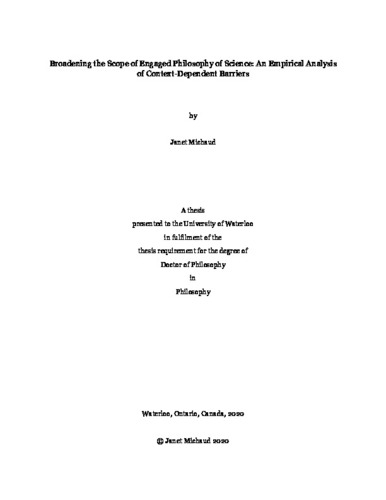