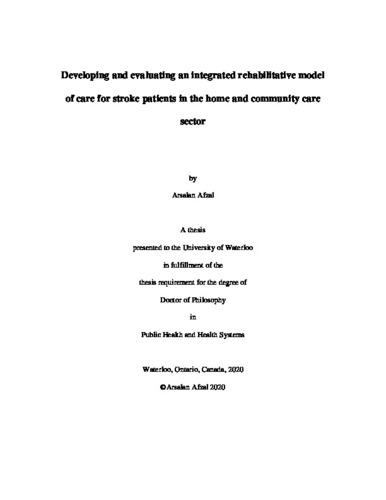 Arsalan Afzal (2020). Developing and evaluating an integrated rehabilitative model of care for stroke patients in the home and community care sector. UWSpace. http://hdl.handle.net/10012/16488