The Effect of Working Memory on Corticospinal Excitability 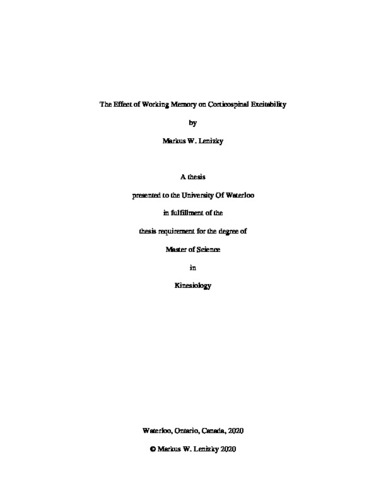