Understanding Perceptions of Climate Change and Resilience in the City of Courtenay, British Columbia 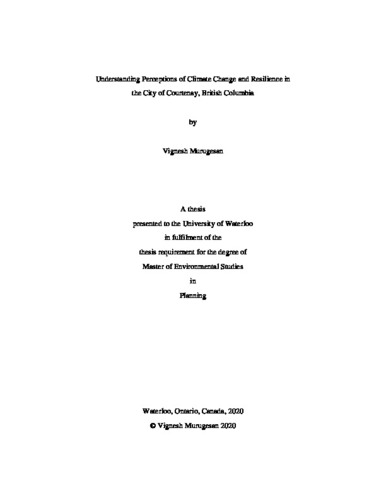