Investigating positive and threat-based awe in natural and built environments 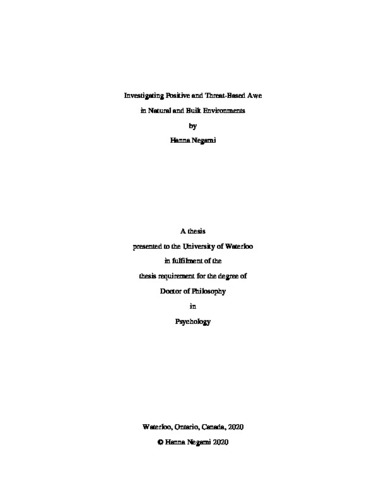