On the Determinants of Human Spatial Organization 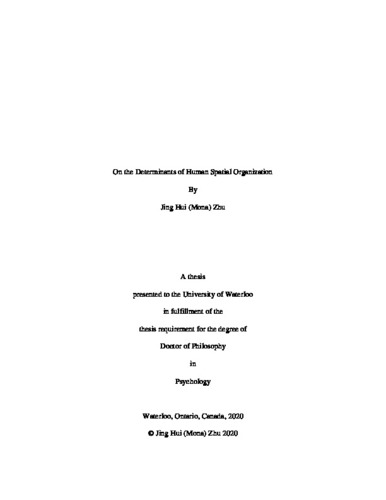