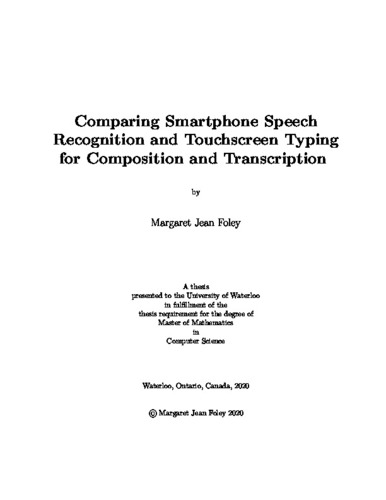 Ruan et al. found transcribing short phrases with speech recognition nearly 200% faster than typing on a smartphone. We extend this comparison to a novel composition task, using a protocol that enables a controlled comparison with transcription. Results show that both composing and transcribing with speech is faster than typing. But, the magnitude of this difference is lower with composition, and speech has a lower error rate than keyboard during composition, but not during transcription. When transcribing, speech outperformed typing in most NASA-TLX measures, but when composing, there were no significant differences between typing and speech for any measure except physical demand.