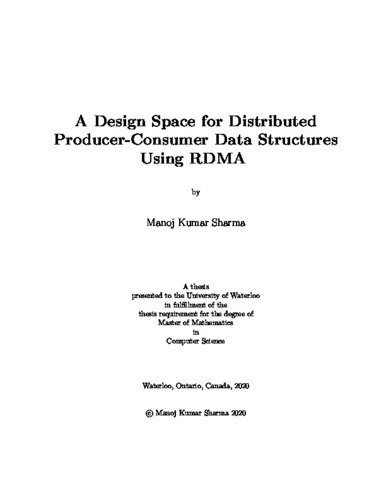 Remote Direct Memory Access (RDMA) has become a standard networking technology and is prominently used in high-performance applications. While RDMA can provide both excellent performance and novel capabilities, it can be more difficult than traditional kernel-supported networking to use effectively. RDMA adoption can be simplified through the use of abstractions that target broad classes of applications. In this thesis, we propose flow structures as an abstraction targeting distributed applications in which data need to flow directly between producers and consumers. Flow structures are asymmetric distributed producer/consumer data structures in which some servers only produce and others only consume. We present a design space for RDMA implementations of flow structures and illustrate the space using several concrete implementations of a simple flow structure: a FIFO queue. Finally, we present an empirical study that illustrates the design tradeoffs along the dimensions of the design space, and that shows that flow structures abstractions can capture the performance advantages of RDMA while making it much easier to use.