Contrasting Mind-Wandering, (Dark) Flow, and Affect During Slot Machine Play and an Auditory Vigilance Task: Implications for Gambling to Escape 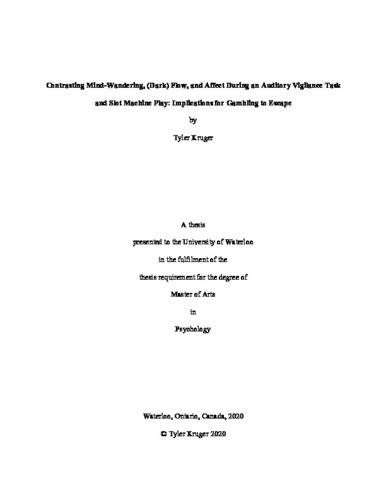