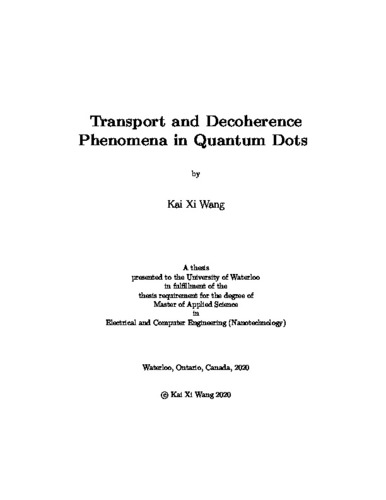 The problem of a few electronic level coupling to an environmental heat bath, such as in quantum dots (QDs), is well-known in modern quantum physics. These systems have been widely studied as they can dictate the dephasing properties in many practical opto-electronic devices. In this thesis we focus on the electron-phonon (quantized lattice vibrations) coupling in QDs that are embedded within semiconductor nanowires. For interband optical transitions, the electron-phonon interactions are treated using a cumulant expansion approach which includes the non-Markovian dynamics. Both the longitudinal optical (LO) and longitudinal acoustic (LA) phonons are included, and structural variations of the QDs are investigated, which, typically the LO phonons and structural asymmetry have been neglected in the literature. We find that the linewidth can have variations on three orders of magnitude when changing the QD geometry due to LO phonon interactions, which obviously has significant implications in mitigating phonon-induced dephasing. Comparison to experimental results is shown for validation of the theoretical model. Finally, we elucidate these effects for single photon emitters composed of different materials. In the intersublevel regime, we study the electron transport dynamics in a quantum dot cascade laser (QDCL), which is a promising candidate as the semiconductor gain medium for THz lasing. The quantum kinetics are included by means of an intuitive and accurate density matrix approach, valid for weak to intermediate e-phonon interaction strength. We find that at low temperatures, the LA phonons can help to inject electrons into the upper lasing state. We believe these findings should be considered and utilized in future opto-electronic device designs.