Approaches to understanding and measuring women’s empowerment and its relationship with women’s and children’s dietary diversity in sub-Saharan Africa. 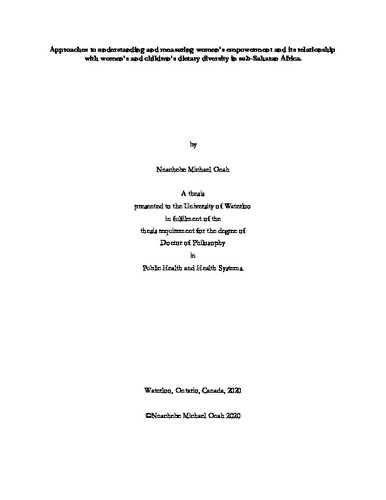