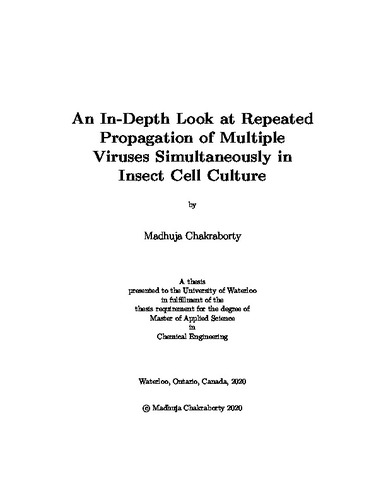 It is well known that the insect cell-baculovirus expression vector system (IC-BEVS) can be used for the production of various proteins of interest and virus-like particles (VLPs). In the past, many higher order proteins and protein complexes like antibodies, viral vectors and VLPs have been produced using this system. For the production of recombinant proteins of interest or VLPs, one or more baculovirus constructs, each carrying one (monocistronic) or more (polycistronic) gene(s) of interest can be introduced to insect cells. Three common expression systems for protein production mainly include infecting insect cells with a number of baculovirus constructs each carrying a gene of interest (coinfection), infecting insect cells with a single baculovirus construct carrying multiple genes of interest (coexpression), or a combination of the two systems. Although coexpression is the ultimate goal, there are many reasons coinfection is still used. Coinfection allows a degree of flexibility that is not as easily achieved through coexpression. The hypothesis behind this work is that, the virus ratios or the population distribution remains constant upon repeated propagation. Here, we are seeking to avoid coinfection at larger scale by amplifying viruses together at smaller scale. By infecting cells with baculovirus coding for reporter proteins, eGFP and mKate2, at high and low MOIs we can track the virus population being amplified and be confident that the ratios are preserved or will require adjustment upon repeated amplification. We can then use this knowledge to improve the production of influenza A VLPs, a more industrially relevant system. Different assays and/or techniques were used to assess the virus population distribution over repeated propagation at high or low MOI, in addition to purification and analysis of influenza VLPs. It was concluded that repeated amplification at high MOI changed the population distribution, and also resulted in significant drops in the infectious virus titer. Amplifications at low MOI improved the virus titer, and not much variation was observed in the distribution over subsequent passaging. That being said, it was found that ultracentrifugation alone did not have the resolution to purify VLPs, and additional purification steps must be employed to produce VLPs for biopharmaceutical applications.