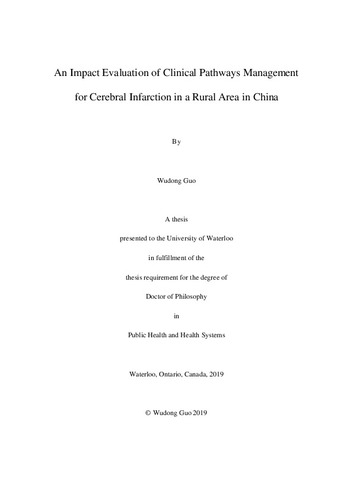 Wudong Guo (2020). An Impact Evaluation of Clinical Pathways Management for Cerebral Infarction in a Rural Area in China. UWSpace. http://hdl.handle.net/10012/15492