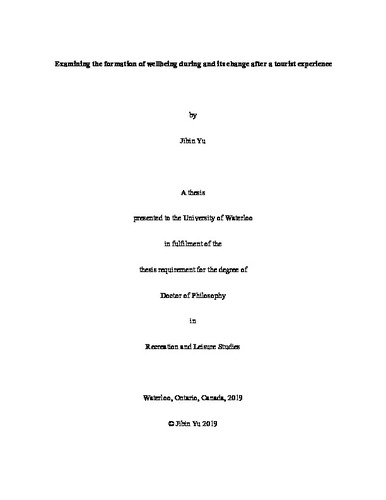 JIBIN YU (2020). Examining the formation of wellbeing during and its change after a tourist experience. UWSpace. http://hdl.handle.net/10012/15462