Application of Biochar to Stabilize Mercury in Riverbank Sediments and Floodplain Soils from South River, VA under Conditions Relevant to Riverine Environments 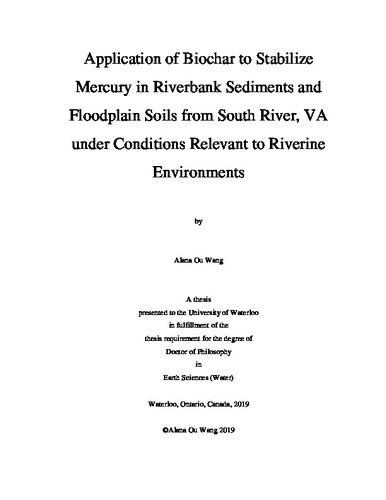