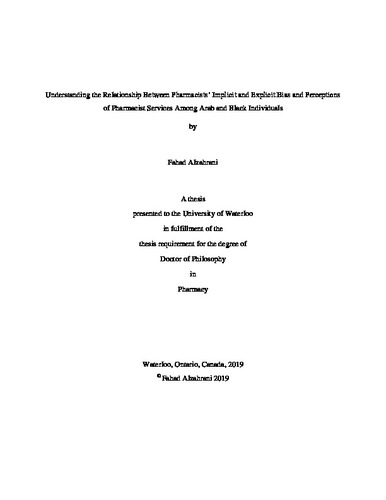 Fahad Alzahrani (2019). Understanding the Relationship Between Pharmacists’ Implicit and Explicit Bias and Perceptions of Pharmacist Services Among Arab and Black Individuals. UWSpace. http://hdl.handle.net/10012/15264