Application of the LANS-alpha Model to Gravity Currents 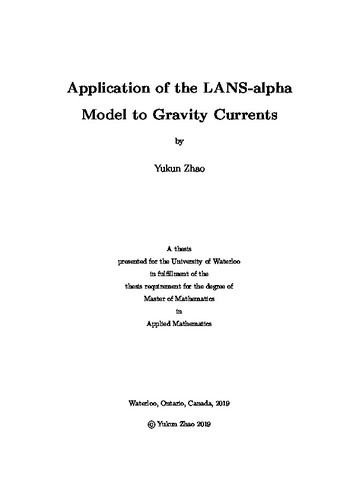