From Less Invisible to More Transparent: Need for and Outcomes of Formal Personal Support Services in Long-Stay and Short-Stay Home and Community Care 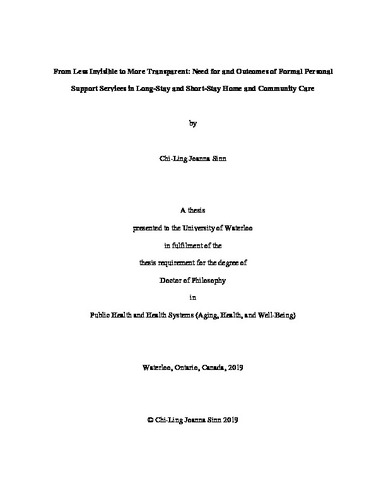