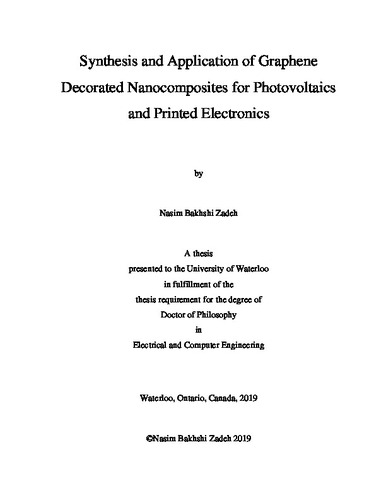 Improving the yield performance of commercial solar cells has been a major topic of interest for many research studies as different processing parameters are extensively explored. Screen printing metallization is the most widely-used technique to form the metallic contacts in commercial silicon solar cells. Among various process parameters in screen printing technology, firing step is considered to be a major cost-determining stage as a high amount of thermal budget is consumed during high temperature sintering process. Bending of the cell (deflection) due to residual stress produced in firing step is also considered as a very serious problem for reliability of the module. Another important concern in conventional metallic pastes used in screen printing technique is the presence of lead which is not an environmentally friendly material. Lead free Electrically Conductive Adhesives (ECAs) which have been of particular interest in electronic packaging applications are considered as an interesting alternative and their possibility to replace conventional metallic pastes in screen printing technology is systematically investigated in this research. In addition to be environmentally friendly, ECAs provide low processing temperature which is beneficial for developing ultra-thin solar cells, decreasing cost and increasing the yield performance of the solar cells. After establishing the screen printing process to print conductive materials, different conductive nanocomposites were synthesized using ECA and silver nanowires. Conductivity measurements revealed that addition of even a very small amount of silver nanowires could improve the conductivity of the nanocomposite for around 70%. Morphology characterization analysis confirmed the influence of silver nanowires in improving the electrical properties of the paste by tunneling effect. Despite the significant improvement in conductivity of the nanocomposite which made it an appealing alternative for printed electronics, its conductivity was still lower than the conventional metallic pastes used in the solar cell fabrication. To reach a comparable conductivity, two dimensional graphene sheets that have outstanding electrical and structural properties were used. Material synthesis and curing profile are optimized to improve the electrical property of the developed nanocomposites which resulted in the highest boost in conductivity, over 2 orders of magnitude of ECA. Different characterization techniques were utilized to study the curing kinetics and thermal stability of the developed materials. A detailed residual stress analysis was also conducted on all developed nanocomposites as well as the metallic paste printed substrates and results revealed that the amount of residual stress induced in substrates was one order of magnitude lower in nanocomposite printed wafers in comparison with the metallic printed ones. Also, the amount of increase in residual stress by decreasing the wafer thickness was small in the case of using nanocomposite paste. It was also shown that the amount of bending increased with decreasing the thickness of substrate in all samples; however, it was much lower in nanocomposite printed wafers confirming that the developed nanocomposites could be a promising alternative in screen printing metallization of ultra-thin wafers. Effective Work Function (EWF) was introduced for the multi-phase nanocomposite being used as electrodes in electronic devices. Based on the theoretical studies on tunneling phenomenon and the potential barrier height measurement analysis on MOS devices, IV method was illustrated and used for the first time to measure the EWF of the multi-phase graphene-decorated nanocomposite. The results were verified using two other techniques: UPS spectroscopy and TLM. The results from all measurements were in reasonable agreement confirming the accuracy of results obtained from all three methods. However the existing small difference between the EWF values was attributed to the heterogeneous nature of the nanocomposite at the interface confirming the necessity of using the effective work function definition. Finally, highly conductive graphene-decorated nanocomposite as well as the evaporated Al were used as the back contact of two solar cells. Solar cells were fabricated and characterized using different techniques. Quantum efficiency, illuminated IV and Dark IV results from both cells were in an excellent agreement with each. In general, the obtained close performance results as well as the equal obtained efficiencies for both cells confirmed a very satisfactory achievement for a standard technology baseline development.