Collocation in Rhetorical Figures: A Case Study in Parison, Epanaphora and Homoioptoton 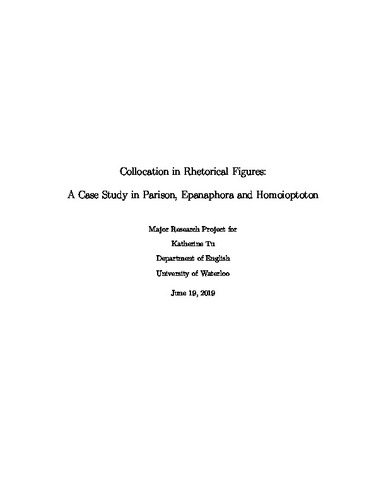 This paper is a pilot study on the collocation of rhetorical figures, or when more than one figure occurs in a single instance. It examines examples from rhetorical figure handbooks, which only look at figures individually. Detection algorithms for parison, epanaphora, and homoioptoton are developed and run against the handbook examples to check for collocation. The findings suggest that figures of parallelism are more cognitively salient than lexical repetition, but that marked figures like antimetabole, polysyndeton, and asyndeton are more salient than figures of parallelism.