Examining the role of autophagy and mitophagy in regulating muscle differentiation 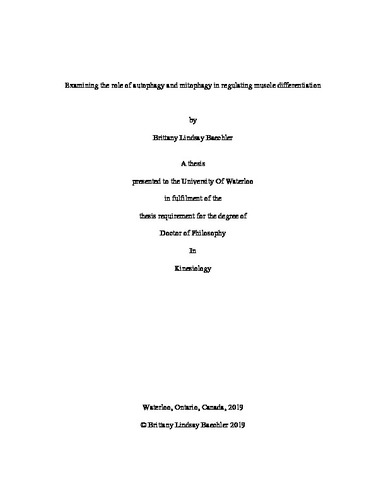